Trying to Get a Leg Up

While I’ve met a LOT of cool Fire and EMS bloggers (and know quite a few LEO and Firearms bloggers), I’ve got a new favorite blog. Sorry, it’s not my buddy Chris at LUTL (my old favorite)… It is a new addition to the blogosphere: Joe Riffe over at Prosthetic Medic (http://prostheticmedic.blogspot.com/).

Joe’s got a pretty heartbreaking story… He’s a paramedic with Louisville Metro EMS. He was hiking one day, slipped and fell into a waterfall, and has made the tough decision to have his lower left leg amputated. His hope is that as he heals, he’ll have more function with a prosthetic lower leg than he can hope to have with his current foot. His very real dream, is to become a Prosthetic Medic, and return to full duty. He’s been posting a LOT, and I’m looking forward to following his recovery.

I’ve been following his posts for about 2 weeks, and today, he’s been admitted to the hospital to have his amputation. Joe, I’ve never met you, but you’re a member of the great brotherhood of Paramedics, so I hope you are able to achieve your goal, and I hope your operation goes smoothly.
Posted by Jon at 15:08 No comments:

Like many in the blogosphere, I’ve been following the DCFD saga for a while. I think it’s getting a little ridiculous now… and while both sides could be handling things better, management seems to be TRYING to piss off the IAFF members.

For those that haven’t seen it, there was this stunt this afternoon:

Yup. An estimated 100 folks in DCFD apparel made a scene and publically expressed their displeasure with their leader. Was it understandable? Heck yes. Was it right? No. The fire department is a paramilitary organization. As much as you dislike the officer, you have to respect the RANK, otherwise the whole system will start to fall apart.


Now on to the big issue: Uniforms.
As of the start of the year, the storied “DCFD” brand is gone. That change has been in the works for about 6 months… not a total surprise. In this memo Fox 5 has on their website: Chief Ellerbe says:
All permissible uniform accessories must have the “DC FIRE EMS” logo or be plain with no writing at all

Fair enough. So some guys turned their t-shirts/sweatshirts inside out, took patches off their outerwear, or bought plain blue/black coats. It sucks to have to go out and buy clothing because your boss tells you he doesn’t like the logo that was “in” last winter. But it’s life.

Fast forward 3 weeks. Now there has been another change:
"D.C. Fire and EMS views itself as a para-military organization and is striving to no longer be a homeland security risk by allowing firefighters to wear unmarked uniforms, a spokeswoman said.This latest change to the department's uniform" DCFD DC FEMS Spokesperson on ABC 7

The Chief’s answer in an earler interview was to say that the firefighter could always wear the “running coat” he or she is provided by the department. Yeah, that’s a BRILLIANT idea. Although turnout coats are well insulated, they are designed to keep one cool in a area of high heat… they can be awefully cold in the winter. Further – here’s a point the news media hasn’t even touched. Turnout gear is DIRTY. It gets exposed to a whole host of things, by nature. Many firehouses I’ve been in have areas like offices, the kitchen, lounge space, and the bunkrooms posted “No Turnout Gear Allowed.”

Further, wearing one’s PPE all the time is likely going to cause it to be exposed to even MORE things that can damage it over time – like light, heat, cold, and moisture. That’s not even counting the increased wear-and-tear because guys are forced to use a $700 coat instead of a $100 one. So why would a firefighter want to wear it? Further, when it’s time to replace the gear earlier than planned, that’s going to cost a CRAPLOAD of money. For more on the hazards of gear exposure: http://firechief.com/training/apparel/firefighting_keep_clean/

Yes – I see the potential for allied agencies to have confusion spotting firefighters – but here’s a big clue. They usually come on a big red vehicle with lights and sirens and “DC Fire and EMS” on it. Oh, and they are the ones that look like they are there to help. Perhaps there is a better solution. Credential everyone, and make everyone wear their ID’s on any non-fire call. That way, everyone who really wants to can see official, department-issued ID.

On the flipside, I can definitely see it from the firefighters’ viewpoint. This is apparently the 5th uniform directive in a year. If you told me I couldn’t wear the last coat I bought with the (then) Departmental Logo on it… well, I’m going to go ahead and just buy something that’s blank. That way, I don’t need to worry the next time a uniform logo gets changed. My “uniform accessories” – hats, sweatshirts, coat will be plain navy blue. I bet they are cheaper, too… Go to the discount store, and you can probably get half a dozen plain sweatshirts for what you’ll pay for 1 new jobshirt.

I have a love-hate relationship with snow. I love how even an inch can turn a grimy cityscape into a fresh Winter Wonderland. I love the reflection of my strobing red lights in falling snow. I love the way the town is turned into an otherworldly Christmas card.

I love the feel of an all-wheel-drive vehicle hugging the road, even through a thick white blanket. One can even practice things like resolving skids and handbrake turns without putting undue stress on vehicle parts.

Snowmen. Snowball fights. Even just walking in snow can be fun, if you're in the right mood.

I hate snow, though. It piles on you and weighs you down. It makes even the most routine responses anything but routine. It hides the street signs, and it can give you the same powerless, out-of-control feel of sledding - in an ambulance.

After its done, though, all there is to do is hate it. It goes from pretty to dirty, soot stained and yellowed in a day or two. Then, depending on how much there is, it can linger. It makes simple tasks like parking on the street, and walking down the sidewalk, a treacherous challenge. It also makes good people have accidents. They slip and they fall, and as they shovel out, they overexert and injure themselves, in some cases, they even have MI's


Tonight I get to enjoy it, though. It is only a dusting - an inch, maybe two. Someone else did the driving, and I'm off duty for my last weekend off before my (hopefully) last undergraduate semester starts next week. 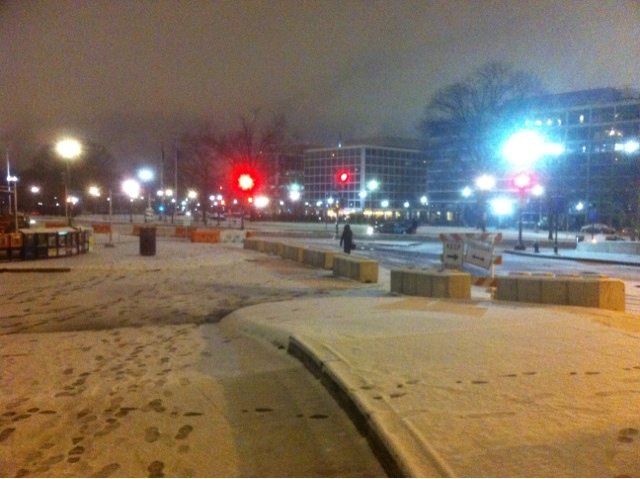 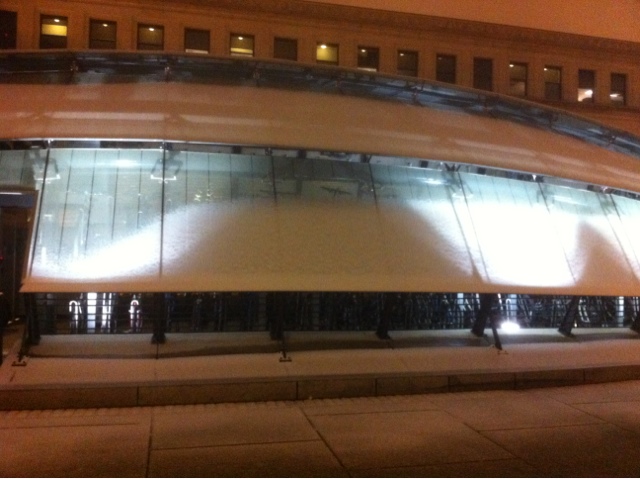